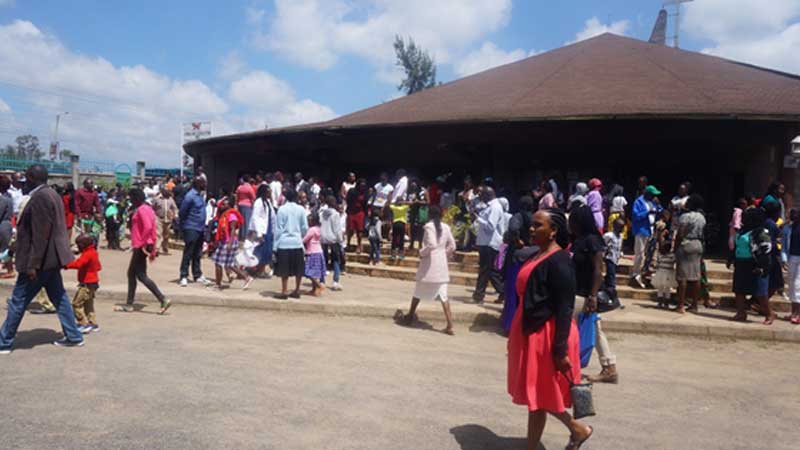 Mary Mother of God Catholic Church is the main Church situated at Embulbul along Nairobi-Ngong Road. 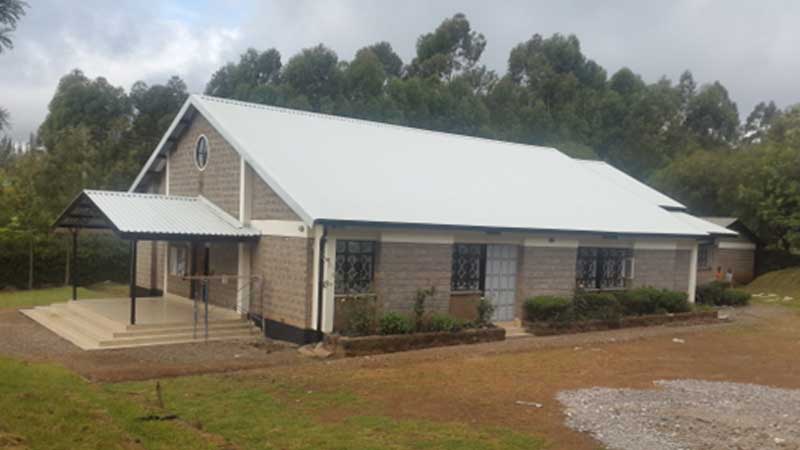 Kerarapon community has always been linked to Embulbul since the foundation of the Parish.  But it really only began to develop with the construction of a fence around the compound on the 4th of August, 1997.

Our Lady Queen of Peace – Olepolos – traces its roots in the Ngong Catholic Parish, from the mid-eighties, during the time of the late Rev.Fr. Sabas Muroso (the then Ngong Parish priest).

The Church site, measuring one acre, was donated by the late Mrs. Mary Njoroge, who felt the need of a Catholic Church that was nearer the faithful of Olepolos than at the St. Joseph’s Cathedral in Ngong town.

The site was first blessed by Rev. Fr. Kariuki Thombe in 1990 and then the faithful put up a fence around its boundaries. Five years later – during a pastoral visit to the Ngong Parish and at the invitation of the faithful of Olepolos – the late Bishop Colin Davis visited the site and planted three memorial trees representing the Men, Women and Children of Olepolos. After blessing of the land, the Olepolos faithful of Olepolos started meeting there for prayers. After a few meetings, they decided to put up a small shelter so that it would be possible to invite a priest there for Holy Mass. 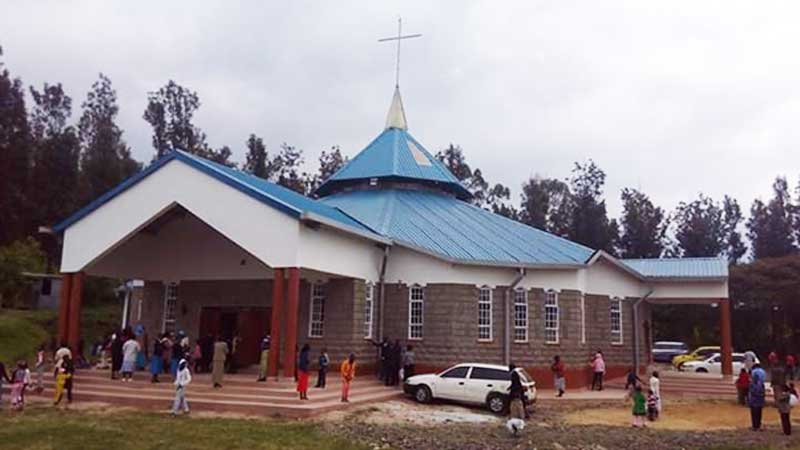 The faithful organized a fundraising or ‘harambee’ and put up a small shelter which acted as an altar area while the faithful sat under trees. The same year – 1995 – Bishop Davis made Embulbul Parish an outstation of the Ngong Parish. Consequently the faithful of Olepolos were transferred to the new Embulbul Parish with Father Kelvin Mc Garry as the first Parish priest.

In the year 2000 the Embulbul Parish Priest decided to build a house on the compound which he said was to be used by a priest or a catechist in the event of a Church building. In the year 2007 the parish priest, Father Fabian Hevi, SMA, was asked by the faithful that they be allowed to put up a temporary building to act as a church. They also requested Holy Mass on alternative Sundays when possible.

The Parish priest gave leave to the faithful to build the structure. The faithful donated corrugated iron sheets (some from their homes) and put up a structure within a month. When the Parish priest – Father Fabian – came to celebrate mass on 15th April 2007 (the First Sunday after Easter) he told the faithful that from then on they would be having Holy Mass every Sunday at 10.00 a.m.

Since April 2007, Holy Mass has been celebrated every Sunday as well as many other activities like Catechism classes for the children with the support of the Embulbul Catholic Parish priests.

The Church building was put up at a cost of approximately Ksh 18.5 million using a series of ‘harambees’, led by the Embulbul Catholic leadership and Bishop John Oballa Owaa of the Ngong Diocese. His Lordship also officially opened the Church and blessed the Altar on 18th of December 2016.